My name is Nazarena Cabrera García. I’m 21 years old and I’m an adoptee, a daughter of the heart or whatever you want to call it. I was born on June 17th., 1997, in the Paysandú Department, at Uruguay. At that time, the name Nazarena was not common. My name had to be special and it actually was.

My first mother made the best decision when she decided to give birth to me and then give me up for adoption, instead of having an abortion. And thanks to her I’m here today, surrounded by a lot of love, being part of an immensely loving family that has given me everything since day one.

From the moment my parents, Juan and Maribel, decided to start trying to have a child, they went a long way to have me. They had to take many studies, and because of this they had to go to the clinic countless times. They tried in many ways, but unfortunately my mother could not conceive a baby in her womb. However, she was able to conceive it in her heart. Eight years went by since the time they found out that they were not going to be able to have a biological child until I arrived to their lives. These were eight long years of waiting for their dream of having a family to come true. 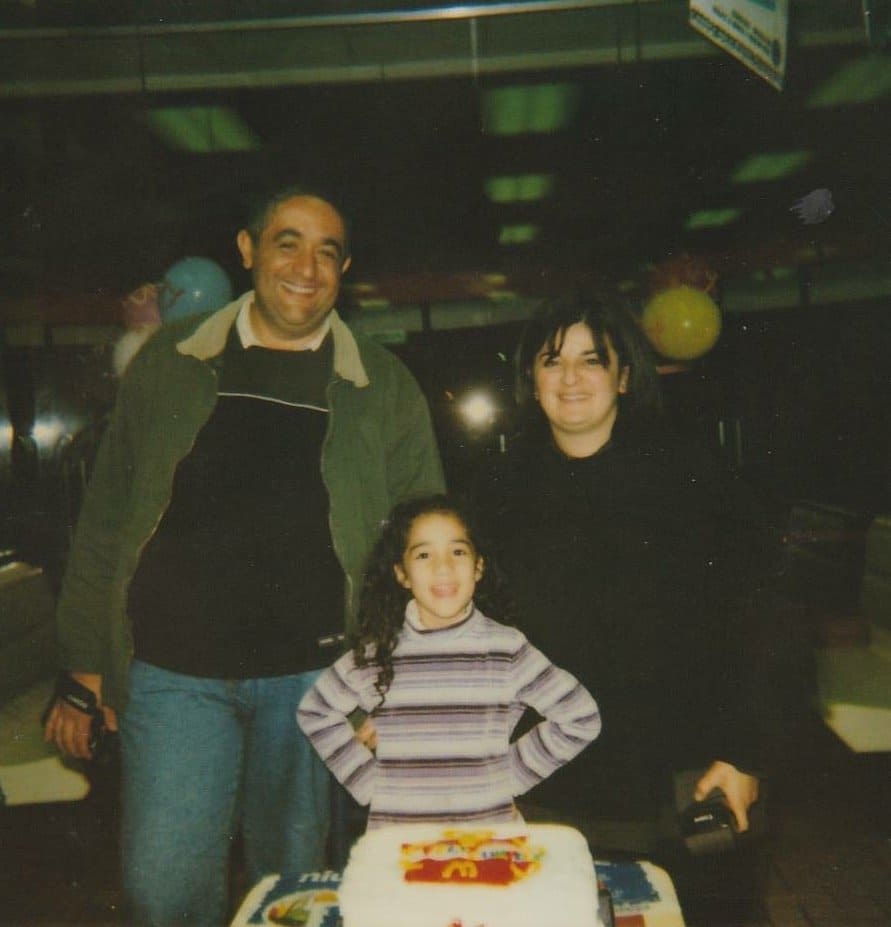 My parents’ lives changed completely on June 17th., 1997, when their phone rang and a person on the other side of the line informed them that a little girl had been born and was waiting to meet her parents so that they would give her all of their love.

Two days had already passed when my parents were finally able to leave the city of San José, where they lived. They traveled 400 kilometers until they reached the city of Paysandú, in Uruguay. Finally, they arrived at the place where their little princess was waiting, and they were going to be able to hold her in their arms.

Once they arrived into the city, they went to the house where she was waiting. It took them a few more minutes to reach their destination, but they finally arrived. The house was modest, but for my parents it was not just a typical house in the neighborhood, it was the house where their daughter, the princess of their lives, was staying. The wait was over. As they entered the house they met a woman who had that little girl (whom they had desired so much) in her arms. Their daughter was very well taken care of, by this beautiful and humble woman who worked in the hospital where she was born. And their daughter was waiting for them, and she knew that everything was going to change completely from that day forward. Their lives were going to be brightened forever. Between nerves, anxieties and a lot of happiness, my mother carried me in her arms and together with my father they told me: “Welcome to our life daughter!”

After that first moment, when they looked up and stopped looking at their baby for a moment, they realized that they were not alone in the house. The woman was with her children and her husband who have been also eagerly waiting for them. They all congratulated them. My parents, who could not even talk due to the emotions, thanked them very much for taking care of me, for giving me love and for the beautiful encounter they experienced at that moment. Then, alone with me, now their daughter, they shared a wonderful midday together. They ate something and toasted for their daughter’s arrival. After a delicious and unforgettable meal, they left, back to the city of San José. From that day on, I was going to be in my own home with them.

When we got home, a big surprise awaited. Many people were waiting for us: my grandparents, an uncle, an aunt, my godmother, my godfather, some friends and neighbors. Everyone gave us a very warm welcome, with a sweet bonfire.

Today, I’m already an adult and people keep asking me the typical questions such as: “Since when do you know that you are an adoptee?” “Have they hidden it from you?” No, they never hid it from me. I could say that I know it since day one. At home, the topic was always discussed as if it were any other. But unfortunately, there are many people for whom this subject is still taboo. Luckily, for me it never was.

My story has a before and an after. The before was until I was 16 years old, and the after began when I turned 17. Before I turned 16, I constantly suffered harassment by my peers at school. Nowadays people talk about ‘bullying’, and there are those who think that bullying is something new, but unfortunately it has always existed.

My childhood was complicated. I had many obstacles, and the feeling that I had a dark past made everything more difficult. My classmates treated me as an outcast for not having been in my mother’s belly for 9 months. They mocked me since we were in the 3rd. grade and never stopped. Some of the things they used to say to me were: “Your parents abandoned you because they didn’t love you”, or “Your mother isn’t real, you’re adopted”. They made me feel horrible, and I began to feel so bad about myself that nothing mattered to me anymore, not my life, not my parents’ life, not my own family’s life. I just wanted to run away and be alone.

When I finished middle school, I started to recover because I thought everything was going to get better when I began high school. And for some time, it did. The first and second years of high school were very ordinary and I finally managed to be part of a group of friends. But in the third year I became a bullying victim again. With my parents’ and my therapist’s support I was able to make the decision of changing to another school, and little by little I was able to get out of the darkness in which I found myself.

After a long time, and after finally being able to adjust myself with my life, doubts and questions about my adoption came back to me. I wondered, “Why was I given up for adoption?”, “Do I have siblings or I’m an only child?”, “Does my biological mother want to meet me?”. And many other questions, which answers (I realized) I was going to have to look somewhere.

When I was only 17 years old, I had the courage to find out what had happened to my biological parents when I was born. That’s when I wanted to know more about my adoption, and I wanted to meet my first family. So, I looked for them and found them.

I met with my first mother and also with some siblings. I found out that when I was born, she couldn’t keep me because her economic situation at that time was quite complicated, and for other very painful reasons, too. At the same time, I found out that we are 8 brothers and sisters with me included, and to this day, I still have a relationship with some of them.

Meeting my first family and knowing that part of my story was like finishing the last page of a book, or like finding the missing piece of the puzzle. Now, thank God, I can say that all the pieces are there, and I was able to learn to live with my reality. I was able to leave behind all the suffering I once felt, in childhood and adolescence. Today I feel like a warrior, strong and, above all, happy woman.

Besides, I have a two-year-old daughter today. Martina is the most important thing I have and she was the one who gave me all the strength to move forward and who helped me see the issue of adoption from another point of view.

I think that adoptees and adoptive parents should talk more, and say even more about what they have experienced. Those parents who learned to love that life that was entrusted to them, to raise as their own child. And that’s how I feel, because I am their child. Sometimes they even tell us that we look alike.

Finally, what I do know is that my adoptive parents (that is, my parents) are the family who taught me to be what I am today, who taught me to love and respect life, to defend it, and to live it in the best way: loving. Life that is not only mine, because it also belongs to them and to so many who are in my heart.

Nazarena C. studied gastronomy and works in the gastronomic field. Given her history and experience, her desire is to help those adoptees who may be ‘walking through the adoption path’ with difficulty.