My name is Florencia Lalor.

For as long as I can remember, I’ve always known I was adopted.

The first thing I did was look for her name in the phone book (in 2004 we still didn’t have the social media resources we have today), and to my great surprise I actually found her in 10 minutes. There was no one with her name and last name, but there were 10 people with her last name. I called the first one on the list and it was her house, but the phone line was under her daughter’s name.

I couldn’t believe it. I got so nervous I hanged up the phone. After that first contact (although it wasn’t really a contact) I had to allow several months to go by just to process the fact that I finally knew who she was, where she was and that she had a daughter.

Four months went by and then I decided to write her a letter where I explained to her who I was. I also told her I just wanted to meet her, know who she was, and thank her for having had the courage to give me up for adoption in order for me to have a better chance in life. 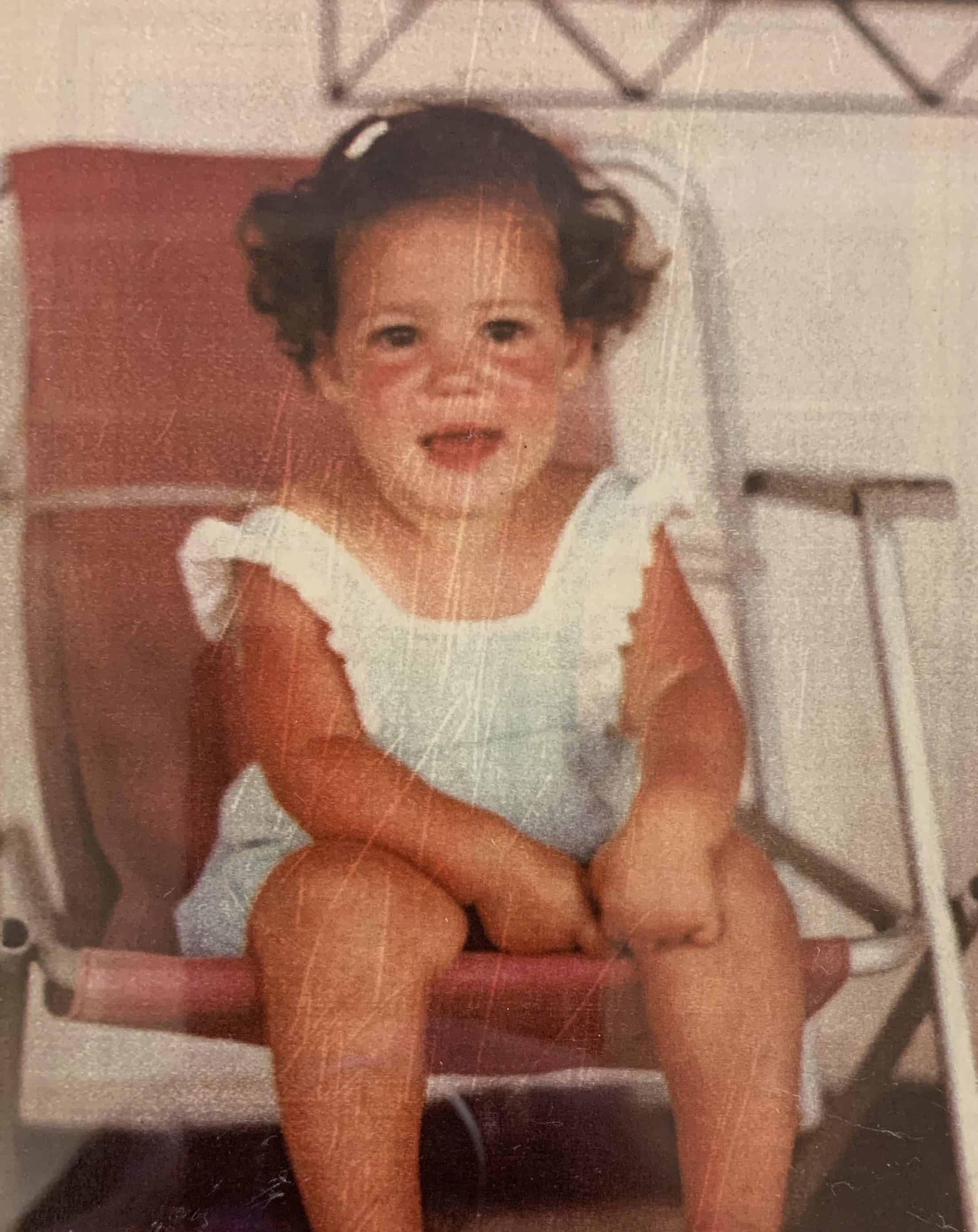 Furthermore, in the letter I made it clear to her that I did not want to interfere in her life or cause her any problems. Six months went by and I didn’t hear back from her. So one day, I just couldn’t wait anymore and I decided to call her. I’m not sure where I got the courage to do it, but I did. I grabbed the phone without thinking too much, and with my heart beating faster than Schumacher in a Formula 1 race, I called her. This time she answered the phone and when I told her my name, she immediately said: “Hello Florencia, I received your letter”. And then we started talking.

She spoke to me just the way you would speak to a stranger, and that was fine for me. She agreed to meet with me so we decided on a day and time.

I tried to empathize with her, and thought she was probably too nervous. So I decided to give her time and space.

I waited some time to go by and then I called her again but just to say hello, not to ask her to meet with me (with no pressure). And so a year passed.

In 2005, I called her again and this time she invited me to her home and she didn’t cancel.

Our first meeting was good.

To be honest, I just felt like I was meeting someone I didn’t know for the first time. But yes, I was very nervous. I believe maybe it’s just so much to handle on the emotional level that one blocks the true emotions. I showed her pictures of myself when I was a baby and a kid, and she showed me pictures of her family, too. And after ‘the ice was broken’, I asked her if she could tell me the reason why she gave me up for adoption. I explained to her that I needed to know why.

She seemed ok with my question. I guess she was expecting it.

She told me that when I was born she already was a single mother (she has another daughter who is 10 years older than me and we were born on the exact same day), and she was living at her aunt’s place with her other daughter. Apparently, her aunt told her that if she had another child she would no longer be welcome to stay there. Elisa, my first mother, was a nurse and she did have a job, but she told me she couldn’t afford to take care of two kids.

I also asked her about my first father and she told me a little bit about him. She said that after she got pregnant they never saw each other again. I didn’t ask for many details. I didn’t know how. I guess I was nervous and I didn’t want to upset her. She also told me that her other daughter doesn’t know about my existence. She hide her pregnancy and never told her I was born.

Elisa also wanted to know about me and my life. When I told her my parents got divorced when I was 10 years old she got upset. I guess she always thought that by giving me up for adoption I was going to have the perfect life and when I told her that that was not the case she was surprised.

Our meeting lasted for approximately 2 hours. When I left we told each other that we were going to be in touch. And we were for the first year after our reunion.

At the end of the year 2005, I got married and moved to New York, United States. My husband and I lived there for 5 years.

During my first year in New York, Elisa called me a couple of times and we met again when I went back home for the holidays. We had lunch together one more time and it was nice.

After that we lost touch. I don’t know why.

Personally, I think I needed a lot of time to process everything, and probably her too.

Thirteen years went by, and in the beginning of 2018 I contacted Elisa again. I asked her if we could meet and she said yes.

We met one afternoon, at a coffee place.

Elisa was nervous, but she was very nice. Even though she was 73 years old at the time, it was clear that she still finds it hard to meet with me. That’s why I’m incredibly thankful that she accepted to see me.

She asked me about my life and I asked her about hers. We talked for a while and I told her the reason I wanted to see her was because I wanted to ask her about my first father. In 2005 she had given me his name but I couldn’t find him so I needed more information. She gave me what I asked for, and after a couple of hours we said goodbye one more time. We gave each other a long and strong hug.

I felt that she didn’t want to let me go. She wouldn’t let go.

I still think about that hug, even now, and it makes me sad.

I wonder if Elisa hasn’t forgiven herself for giving me up for adoption (even though I told her I was never angry at her for it), and maybe her guilt doesn’t allow her to open up completely to me. Or maybe it was so hard for her to give me up, that she blocked it so as not to suffer, and even today her feelings about it are so well hidden inside the most profound part of herself that she can’t feel anything about it. Or maybe she simply doesn’t care. I don’t know…

I still wonder why? I never really understood why she gave me up for adoption.

She was 35 years old when I was born. She was a single mom already, yes, but she was a nurse, and she always had a job. I think she did had resources… honestly I feel there is a part of her story I still don’t know.

I guess there are things that I might never be able to understand, but that I do have to accept.

After my third encounter with my first mother, and thanks to the information she gave me, I found my first father through Facebook.

I only spoke on the phone with him. He was very nice and afectuoso with me. He told me he didn’t know about my existence. He said he dated Elisa for some time, but one day, out of the blue, she told him that she didn’t want to see him anymore and that was the end of it. They never saw each other again and he never knew that I was born.

Today he is 69 years old, already retired, and he never married nor had any children. He was surprised and I have the feeling that he was happy when I told him that I’m his daughter. Our phone conversation was long, kind. He seems to be a good man. I felt peace. I still haven’t met him in person. I’m giving him the time he asked for, to process all this. I’m anxious and I do think about him almost every day, hoping he decides to call me again.

Everyone in my family (adoptive family) knows all about my searches and reunions. My dad is happy for me. He supports me on this. For my mom it’s harder. She supports me, but I can tell it’s not easy for her, and this is why I truly appreciate her effort for understanding me.

Overall, I’m finally at peace and happy. I have two beautiful daughters, a husband that loves me and whom I love. I was able to form a family that completes me.

Being an adoptee is part of who I am. I wouldn’t change this.

My life was not perfect. My adoptive parents were not and are not perfect (there are not perfect parents). But they do love me and did their best. And I guess my first parents did what they could, too.

Thanks for ‘reading’ me.

Florencia Lalor is a psychologist and a specialist adoption consultant.