My name is Minnie. My twin sister’s name is Lola. We were born in the city of Buenos Aires, in a hot February in 1968. It seems that of the two of us, I was the most fragile one and that’s why I had to be hospitalized for a while. I arrived home a few days later than Lola, in the arms of our grandmother Chicha who picked me up at the Rivadavia Hospital.

Everyone knows the revolution that arouses in a home with the arrival of twins. Ours was no exception. When the two of us were finally together at home, we were four months old and very underweight.

We grew up listening to stories about the lack of sleep, the rush to get two cribs, the thousands formula cans we consumed, the daily visits of Dr. Bonano to control our weight. Throughout our lives we heard stories about how our grandmothers knitted booties and onesies, and about how our mother had to wash a million diapers.

Eventually, our parents taught us “how babies are born”. They explained this to us as a totally separate issue from parenthood. Maybe this is why I never had a problem with the fact of being an adoptee.

In fact, when I was six or seven years old, I walked through the halls of my school explaining that our adoption trial was over because the judge had ruled in favor of our adoption. I also said that my parents had already started a new legal procedure to adopt my brother Juani. 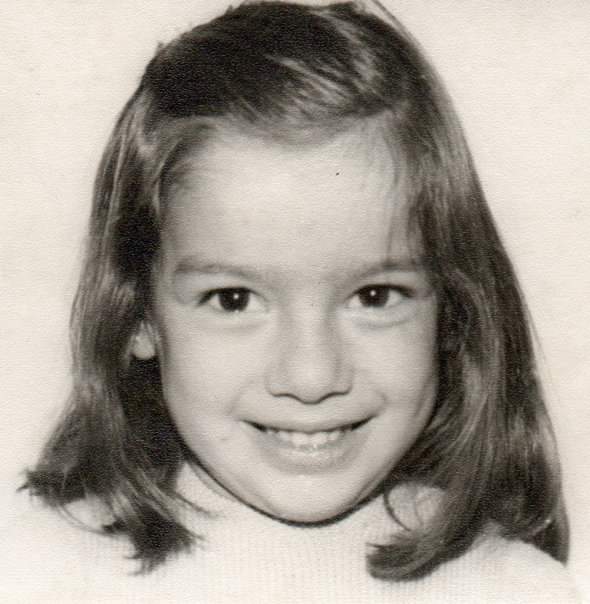 I always wondered why grown-ups told me: “You can’t deny that you’re your mother’s daughter”, or “you have your family’s eyes”, or “it’s in your blood”, because clearly there was no biological reason for my resemblances with my adoptive family.

How hard adults try to find resemblances between grandparents, parents and children! Is this the reason why I was always so curious to see the face that I -really- should look after?

Or is it due to that horrible comment that a neighbor once said to my Mom? “Watch out, be careful with these kids, because blood pulls, and who knows where they come from”.

The fact is that confronting the fears, the malicious comments and who knows how many other things, our parents -who are no longer in this world- spent years and years giving us information, pretending it was casual talking.

Then, I knew my previous name. Yes! Before being Minnie, I was called Lidia Ethel, and I also had another surname, hers. Another fact: there was no “him”.

As in many cases “she” had been abandoned.

My parents told me that her name was Justina and that she was from Mendoza, but she lived in Buenos Aires. They also told me that a couple of years after our birth, she had had another baby and had also given him up for adoption.

Moreover, they told me that there was a state office that had my file and that when I wanted to, I could go see it.

More than once, they told us that they had spent ten years trying to be parents, until they discovered that it was Dad who couldn’t have children.

Like most couples – and I realized this when I grew up – they chose adoption when Plan A and Plan B failed.

There was one story that I loved to hear. When my parents got the phone call from the family court house, and they told them that there were two four-month-old, underweight twins looking for a family. Mom told us she had a hard time trying to convince Dad, because he was so afraid of suddenly having two babies at once. Dad contradicted her. He claimed that we were fattened with milk and love.

I believe in the child’s right to grow up in a family.

So, being strong for having grown up in a loving and honest to the core family, one day I decided to go look for the face of the woman who gave birth to me.

It was an adventure that lasted years, in which my husband and a great friend accompanied me. At one point we did a feverish search with her, almost like in a movie, doing espionage, because my anxiety did not fit with the Children and Adolescents Council’s deadlines and procedures.

When I was about to give up, I got a message that said, ‘YOU WERE LOOKING FOR ME, YOU FOUND ME’.

I knew right away that it was my brother, the other baby Justina had given up for adoption.

Ernesto had started his own search rather wounded, because he had learned he was an adoptee when he was much older than ourselves. However, when he found out that he had twin sisters, he didn’t stop until he found us.

We gathered all the data that we had both collected separately and we found some of Justina’s daughters. After the twins and Ernesto, she had four more children.

We believe Justina has some kind of mental illness that prevented her from being empathetic with our quest.

We suppose that her past must have been very difficult, since she never told her current husband and four children about her previous pregnancies and relinquishments.

Nor did she tell us that little piece of history that we believe belongs to us. Neither did she want to tell us who “he” is.

This made me angry for a long time. But as time went by I understood that her story is not mine and that it doesn’t have to affect me.

I didn’t see her again, and I’m already forgetting her face, which looks nothing like mine. Increasingly, I’m starting to take after my mother.

Minnie is a lawyer and mediator. She has two

sons, she likes to run and feels happy to be