When I was two days old, on May 16th., I was given up for adoption, to my parents.

All my life I knew that I am an adoptee. But I denied it for a very long time.

When my schoolmates told me: “You are adopted”, it was the worst insult they could say to me. When my friends asked me if I was really an adoptee, I would always tell them that I wasn’t, but that my sister was. She was the adoptee in my family.

When I turned 15, I could say I had an existential crisis. It was then, that I decided to start the search for my first mother.

I always had the absolute support of my parents. In fact, the only information I had about my first mother was the name of the neighborhood where she lived at, in Bariloche. As I didn’t have an exact home address, my dad hired someone to help us find her.

In January 2003, with my parents’ help and unconditional support, I set out on a very long journey by car, from Daireaux (Province of Buenos Aires) to Bariloche. I traveled with my parents and a very good friend of mine and her mother. We arrived on a weekday at seven in the evening, and the following day I had the first meeting of this long story. 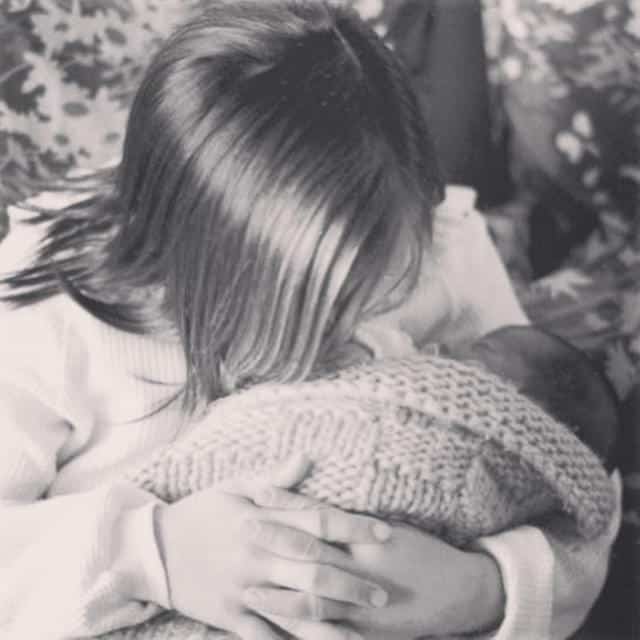 The night before the meeting, I had a very hard time falling asleep. I was terrified of rejection. I was afraid she wouldn’t want to see me at all.

Finally, the day arrived. We got up, had breakfast and went (my mom, dad and me) straight to my first mom’s house, which was quite far away from the hotel. We got to the door and I didn’t dare knock. She didn’t know we were coming. I remember that my heart was beating so fast that it felt like it was going to jump out of my body.

At the end, it was my mom who knocked on the door, and my first mother, Susana, was the one who opened it. I totally panicked when I saw her face. At that very moment, time froze for me. That question I had asked myself for so many years was already answered: ‘I do look like someone, and very much so’.

Time defrosted and Susana asked us to wait for her at the park near her home. She gave us directions on how to get there, and we left (today I know that she did not invite us into her house because her other daughters were there, and they still did not know about my existence).

After a while she joined us at the park. She got out of her car, introduced herself, and hugged me. She started crying and asked me to forgive her.

I had thousands of questions, which I had been asking myself for years, but I couldn’t ask her anything. I was speechless. I was in shock.

The following day, we met again and in that second meeting I was able to ask her the question that I think we all adoptees have: “Why?”. She couldn’t answer it.

I asked her if she had more daughters and she said yes. She has five more daughters who, as I mentioned before, did not know of my existence at that time. And she made it clear to me that she was not ready to tell them.

I felt that her attitude towards me, was very cold, and that hurt me a lot. I got angry, and my anger lasted a long time. Angry at the whole situation and at myself. I blocked my story again. I thought I was putting an END to it, not knowing that this was really the beginning of a long healing and forgiving process.

Today, many years later, and me already being a grown woman, I realize that I started this search from a place of anger.

At 23, after becoming a mother at 21, I realized that I needed to explore my story again because it wasn’t closed yet. I wanted to meet my sisters. So, once again I tried to find Susana. I didn’t succeed. But thanks to Facebook I got in touch with a person who has her last name and it turned out to be her cousin. This cousin, very kindly, moved heaven and earth to get me her phone number.

During January 2012, Ale (my husband) and I went on a quick trip to Bariloche. When we arrived, I sent Susana a message telling her that I was there and that I wanted to meet my sisters. It took her just a second to reply. She sent me my sisters’ address.

The next day, Ale and I, went to their neighborhood. I was very nervous. But this time I felt very different from the first time I had gone. We arrived at the place, and as soon as we stopped the car, the door opened and my five sisters came outside. We hugged each other tightly as if time and distance had never existed between us. Afterwards, we talked and laughed. It was an incredible day.

My story was no longer hurting, it was healing me. That week in Bariloche, I only enjoyed them. We were giving ourselves a second chance.

Life went on and our relationships grew a lot. We talked on the phone. We visited each other. My story was almost closed, but I was missing only one thing to be able to put it to an end: knowing my first father.

It was 2018, my birthday was approaching. I decided to celebrate it in the place where I was born. So, on May 13th. I went there, with my husband.

Every time I went to Bariloche my feeling was always the same: nervousness.

One afternoon, we went to Susana’s house to wait for my sisters. We were all three of us, sitting down, talking. My husband got a phone call from work. When I realized, I was finally alone with her. It was my chance. I was a different person than the 15-year-old girl who first saw her. I was already a mother of four, and I could understand her pain perfectly. It took courage for me, but I asked her many questions. We talked for hours.

Her answers weren’t what I expected. They surprised me. She couldn’t give me any information about my first father, and she told me she had already given up a child for adoption before me.

It was at that point, after that conversation, that I realized that my wound had already closed. I understood her, embraced her, and thanked her for giving me the opportunity to live and have a family.

Clara is married with 4 children.

She currently lives in Cañuelas, Province of Buenos Aires.