I read adoption ‘success stories’, about healing paths, about fantastic bonds and I think: ‘My story is not like that’. In fact, I continue to resignify it and there are many fragile, secret links, and misunderstandings, questions, loneliness, fears… I hope that my story can be useful for adoptive parents, so that they can accompany their children.

My adoptive father was infertile and my adoptive mother did not want to undergo any medical treatment to try to conceive a child. She felt that adoption was the most logical option to satisfy her reproductive desire. Moreover, my father was quite old and he did not want to have children even though, he finally agreed to start the adoption process.

At the time I was born, it was relatively easy, for a couple of their financial standing, to get into the irregularity of adoption. However, my parents followed the strict legal procedure, an aspect that has become increasingly valuable to me. 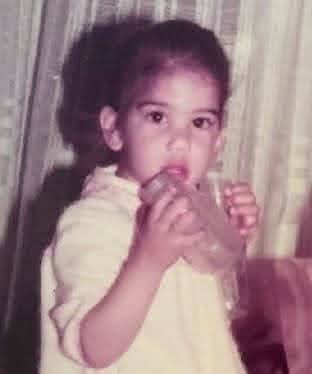 I was born one day in July 1981, in Buenos Aires, in a hospital in La Boca neighborhood.

I was adopted when I was 4 months old.

I know that before I was given up for adoption, I lived for a while with my first mother and my brother, who was two years older than me. He told me himself that he remembered a crying baby. After that, my first mother must have taken me to a children’s home.

I always knew I was adopted. My (adoptive) mother explained it to me, with a story, the day they went to get me at the children’s home. I remember that I really liked listening to the story.

After the first few years, we didn’t talk about adoption either in or out of the house. However, it wasn’t a secret, it was just a private matter. And I didn’t have the need to mention it; even my ‘best friends’ didn’t know.

As time went by, I realized that what I felt was shame.
Shame that I wasn’t wanted.
That emotion eventually became a trait.

The bond we built with my mother didn’t go smoothly either. I didn’t feel safe. I don’t know what happened. Maybe it was her delicate emotional balance or misaligned expectations. I don’t know if it had anything to do with the adoption. We definitely needed therapeutic help.

During my childhood we lived in Spain. My parents divorced there when I was 8 years old and, the positive thing about their divorce was that it allowed me to develop a nice relationship with my father. Their divorce gave me a break, because in ‘daddy’s house’ I could be more myself, more authentic. When I started my adolescence, we moved back to Argentina.

But from my 18th. birthday onwards, the physical distance between my father and me was always a constant, as he finally decided to stay in Argentina and my mother and I returned to Spain.

My father died 3 years ago and we never talked about my adoption.

At the same time, my adoption by my extended family was uneven. My maternal grandparents loved me very much. My paternal grandmother, on the other hand, did not adopt me as part of her family. For example, as a baby, she referred to me as ‘the picked up baby’, something my father found out by chance, and it caused a rift. I found out about this as an adult and it hurt, confirming the rejection I had always felt.

When I was a teenager, one day my mom showed me my birth certificate and, for the first time, I knew my first mother’s name and my first name. I showed indifference but I was really interested.

I had reasons to be secretive, and I felt it would be more detrimental than helpful to share my interest with my adoptive mother and father; besides, it was a matter of mine. So, I did the search and find process alone and I only gave some information in the last few years. Now, I find it curious that the teenager I was, managed the whole thing on her own, but I know now, I did well.

So, I looked up my first mother’s name in the phone book and found her quickly. After a few weeks, I dared to call but she denied being her. A few months later, convinced that it was her, I called again even though I was afraid and nervous. And so it was, as I was 15 years old, that I had my first and last conversation with my first mother. It was nice. She told me, among other things: “Your dad was tall”, and to this day that is the only thing I know about him.

My first mother ‘left the door open’ for us to meet in person.

She also told me that she had an older son, and that she had three more daughters after me. Nobody knew about my birth. Finding out that I did not exist for my brother and sisters, on the one hand, hurt me, and on the other, blocked me. So, I thought that I could be a problem for her and that I shouldn’t bother her anymore.

Two years after that contact, almost at the age of 18, I moved back to Spain with my mother and her new husband. I decided that before leaving, I should contact my birth mother one more time. However, her phone was not working so I went in person to the address that was on the phone book.

One of my (bio) sisters opened the door for me. I recognized her by the physical resemblance. She told me that my mother had moved a week ago and did not give me her phone number or her new address (she did not know who I was and I did not tell her anything). I always remember that encounter as a huge impact on me.

A few more years went by and, when I went back to Argentina to spend the holidays, I made some more failed approaches. However, I could not take the final step. I could not find her.

Many years later, I looked on Facebook and found B., one of my first mother’s sister. It was then that I learned that my first mother had died a year before, from a terrible illness. The childish fantasy that she would be there when I was ‘ready’ collapsed.

My mother had left with her secret: me. In her absence I felt free to discover that I was her daughter. That was the starting point with my first family. I first contacted my mother’s sister, my aunt B., through Facebook chat. Then I texted with a first cousin of mine and finally with my brother. We tried to reconstruct the story, my mother’s portrait and our bond. It was a very emotionally intense time.

Soon after, I traveled again to Argentina and received a warm welcome. During that time I felt an euphoria that I had never felt before, nor have I felt again, along with a deep gratitude to life, which not only restored what I had lost but gave me so much more: two families, ‘two lives in one’.

Knowing the life I would have had with my first mother, I don’t feel that mine was “better”. Both “versions” have their good points and their difficulties. In fact, I don’t think my mother gave me up, especially so that I would have a better chance. I think it was more of an emotional thing and that she couldn’t love me.

Adoption for me means to have four parents. The X who will always be my biological father and my dad. My first mother, who is more than a womb, and my mom. It also means that there was a series of losses that were imprinted on me.

I think adoption affects the entire psychic realm of an adopted child. The specific dynamics that it generates, both internally and with the adoptive parents form the identity, the personality and the relationship with others.

I am like this because I am an adopted child.

Laura (that’s the name her first mother chose for her)

is an Educational Psychologist. She has had a diverse life and the

opportunity to live in several countries. Today she lives in Central

America. She writes as a form of catharsis and is a vegan. She has

a partner and no children. Being a mother seems too complicated

for her. Wherever she is, she always misses people and places.